What diet is suitable after labour?

What diet is suitable after labour?

The first four weeks after labour is a very important time for the right diet. Certain foods can help women to recover from the physical changes of the body, also helping breast milk production and preventing disease in the future, which is caused by incorrect diet.

Chinese medicine and culture considers some diseases originate from the foods we eat, meaning that if you are eating foods that are not suitable for your body or stage your body is in (at a certain time), it will cause disease sooner or later. I suggest that you pay more attention to the foods you eat, so it can balance your ying and yang of the organs, bringing your body back to its original state.

1. Characteristics of physical body after labour and diet (esp. the first four weeks)

One traditional chinese books states that “women after labour have not only five organs weaker (heart, spleen, kidney, lung and liver) but also the Qi and blood, yin and yang weakness as well”. During labour women use excessive amounts of energy, loose large amounts of fluid through perspiration and bleeding. It is a common notion that for a woman’s first birth, it is long lasting, using large amounts of energy making the body exhausted. Most women after labour, will need to breast feed straight away. This will use further nutrition and blood, as Chinese medicine considers that the formation of breast milk originates from blood. Due to all these events during labour, it will result in Qi and blood, yin and yang deficiency.

Many women after labour may experience the following symptoms: easily to perspire, aversion to cold and wind, lethargy, hair loss, dry skin, constipation, haemorrhoids or prolapse of anus, lack of breast milk or postnatal depression. All of these conditions are associated with a ying and yang disorder (Western medicine also considers that after labour there is a great drop in hormones during this stage).

Traditional Chinese medicine diet therapy and Chinese culture provides greater care about the diet of the woman after labour so it can quickly bring the body back to the normal state and avoid or reduce the symptoms mentioned above.

I suggest that if you suffer from any of the above symptoms, that you eat more food that tonify’s the blood and Qi (energy), and balance organs, such as: meat (lamb, beef, chicken, fish), eggs, tofu, chinese red dates, goji berries, vegetables and fruit, It is best to eat these at room temperature or warmer. I also suggest that from the first day after labour and throughout the time of breast feeding that you drink more soup enriched with nutrients, such as: beef/chicken/lamb/fish bone soup, (you can also add some of the foods mentioned above as well as your favourite vegetables to the soup). Please see the recipe below. It is best to avoid eating hot and spicy, frozen and cold foods and beverages, especially whilst you are breast feeding.

Generally, two weeks after labour, the uterus will need to continue to clear the remains of blood from the pregnancy. During the cleansing and ridding of old stagnant blood the uterus can return to normal (pre-pregnancy state) size and blood circulation. To ensure the removal of the old blood, diet is very important to support the uterus and abdomen areas circulation so that it can help the process of returning the body back to normal.

I suggest that one should avoid eating or drinking frozen or cold foods, rather eat room temperature or warmer foods. If you eat foods from the fridge, it is best to leave them at room temperature for approximately 20 – 30 minutes before eating. Any cold or frozen foods will cool the abdomen area and will affect circulation as it causes the blood vessels to constrict. If stagnate blood is unable to be cleared completely, it may cause some disease in the future, such as: irregular periods, dark blood and clots present in menstruate, period pains, endometriosis, joint pain, lower back and stomach pain/discomfort.

I have many women come see me about these symptoms after their pregnancy. It is due to the lack of knowledge about the importance of diet after labour that these problems have come about. Some of my patients have suffered more serious problems such as endometriosis, infertility, miscarriages, fibrosis of uterus or ovaries.

1) Chinese medicine and traditional Chinese culture suggests that one should avoid touching, eating and drinking cold fluids (such as washing your face or hands with cold water), foods and beverages.

2) Avoid cold wind or cold air. As the cold wind and air can affect the bodies joints as it passes through the skin. This may result in shoulder and neck pain, headache and possibly arthritis. These cases are very common in my clinic.

3) After labour avoid standing and walking for a long period of time as well as intense exercise. Especially in the first two or three weeks it is best to avoid intercourse, especially while you are still bleeding. Chinese medicine considers that when your body is in a weaker state, standing for a long time will damage your bones causing heel or foot pain, with walking for a long time will damage your tendons causing knee, ankle and hip pain. Overdoing exercise will effect the uterus from return back to its normal position, this will help to avoid having a prolapse of the uterus.

4) It is important to pay more attention to your diet, as I have mentioned above. If you have a certain body constitution or disease, it is best to advise your experienced TCM practitioner to receive special care.

I hope every new mum, has a happy and healthy time after labour.

Dr Ping Wang is the clinic founder and senior practitioner of Ping Ming Health. She has over 30 years of experience in traditional Chinese medicine teaching and practice. Dr Ping especially enjoys sharing her knowledge of Chinese medicine through our popular clinic articles, seminars and clinical training of students and practitioners.

How eggs benefit your body after labour

Conceive quickly: four important issues to check prior to pregnancy

How to Maintain a Healthy Pregnancy (Part II): Second and Third Trimesters 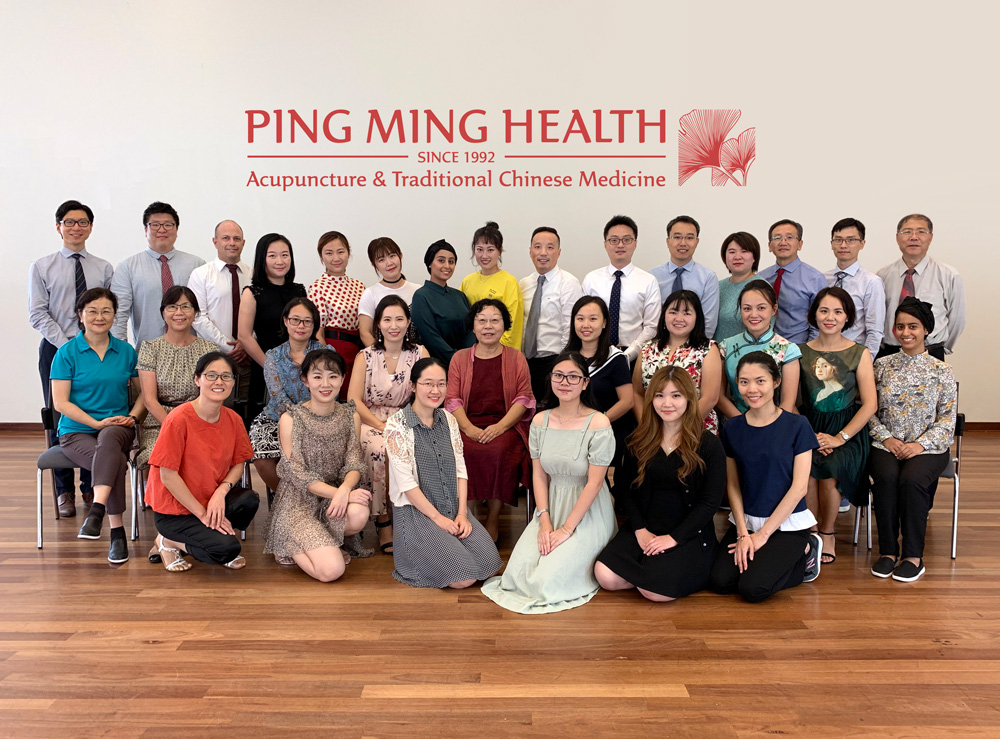 Consult With Our Experienced Team of Chinese Medicine Practitioners

Our professional practitioners work together as one team from 10 clinic locations across Perth & Melbourne. You don't need a referral from your GP to see us.

Supporting families for over 27 years

You can see us for a wide range of health issues, from Fertility & Pregnancy to Women’s, Men’s, Children’s, Senior’s and Preventative health.

There’s much more to Chinese medicine than acupuncture

Prevention is the best medicine

Don’t wait for minor health symptoms to become worse and more difficult to solve. You can see us for a Preventative Health Consultation

Working together for a healthier future

Our clinic is committed to the clinical training of Australia’s next generation of Chinese medicine practitioners. Clinical Training